Understanding The Four Suits of the Tarot Deck

You are here: Home /  Tarot /  Understanding The Four Suits of the Tarot Deck 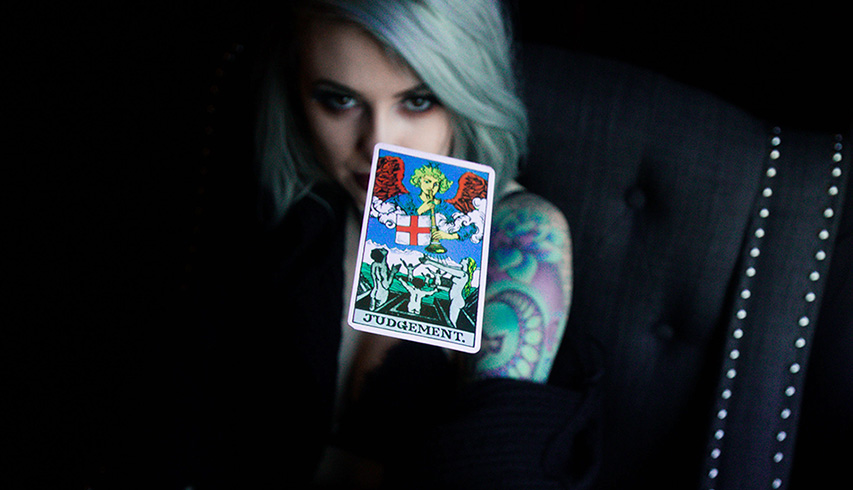 Understanding The Four Suits of the Tarot Deck

The tarot deck of cards, usually 78 in number, is divided into two separate categories, the major and the minor arcana (arcana from the Latin meaning of closed or secret). There are 21 individual cards, referred to as trumps, and the fool card in the major arcana. The minor arcana have 56 cards consisting of 10 cards numbered from Ace to ten in four different suits. In a traditional tarot deck of cards, the suits include batons, wands, rods, or staves; cups, swords, and coins, disks, or pentacles. In addition, there are four court cards, or face cards, in a tarot deck, including the page or knave, queen, knight and king in each of the same four suits.

The four suits to the tarot deck are the wands, cups, pentacles and Swords. Each Suit corresponds to a particular element: Fire, Water, Earth and Air. They also correspond to the different seasons of the year: Spring, Summer, Fall and Winter.

The Suit of Wands is the suit of action and direction. It is a creative suit and often reflects the imaginative and resourceful components to our natures. The element is fire. Fire is associated with passion, creativity, and spirituality. The suit of wands also is associated with the career. The wands indicate a time to look at your options, evaluate and then move forward with force. Wands, in general, tend to be warm and enthusiastic. They value tradition and want their environment to be harmonious.

Their tarot card meanings also can include issues of sexuality and fertility. In a love tarot reading, the wands represent the sex drive, love intentions and a call to action or initiation. However, they can also represent loss of interest, infidelity, and a low sex drive. These are powerful cards when associated with love tarot. They can offer tremendous insight into the nature of someone’s relationship or relationships to come.

This suit is remarkable in its ability to give insight into the emotional landscape of ourselves, as well as give insight into our love relationships and the relationships to our family. Because this suit is interconnected with the soul and the soul journey, their tarot card meanings can reveal past traumas that infiltrate our everyday lives and our perceptions of the world.

Water is a symbol of the unconscious, the dream world, and the intuitive natures of our psyches. Water is also a mirror. This mirror reflects our emotional natures, the wounds we have endured, and the gifts we can emotionally give to others. The cups also symbolize the “nurturing” qualities that have influenced our lives and can often reveal where we have struggled with a lack of this. In a tarot reading, the suit of cups can reveal the areas in our lives that our fluid as well as reveal the areas that are stuck. Their tarot card meanings can reflect our overall emotional well being.

In a tarot reading, the suit of pentacles typically represents all that resides in the physical world. This includes material gain, financial security, emotional stability, and the fruits of our labor. It is the suit of manifestation and realization. It is also the suit of health and the “physical body”. It is not surprising that their element is earth. Depending on the deck that is used in your tarot reading, pentacles can also be depicted as disc, coins and diamonds.

Pentacles can also symbolize the mother earth, growth, and fertility. It is the suit of material resources and can refer to all that this earth can give us. On a more practical level, their tarot card meanings can refer to matters of real-estate, property, and industry. Often, the suit of pentacles may represent anything that may have to due with the exchange of money. This includes situations relating to banking matters, inheritance, and financial management. Their tarot card meanings may also refer to issues of trust, generosity, commitment and egalitarianism. They may propose actions of charity, kindness, and the defending of those who are being treated unfairly.

The command of the swords references the current life challenges and obstacles of those being read. It is the suit that “cuts” through to the truth regardless of the feelings associated with such life challenges. With that in mind, their tarot card meanings can be unsympathetic and can deal great blows to such defense mechanisms like denial or repression. It is the suit that requires the most willingness, with spiritual inferences that demand a new awareness and perception, regardless of the pain associated in making such a massive transition of consciousness.

When the swords are drawn in a tarot reading, it is important to recognize that they represent the realm of the mind and not necessarily the facts of a situation. The swords preside over the intellect, and solicit new wisdom and clarity. Their tarot card meanings can serve as a warning for over aggressive behavior and situational miscommunications. In a tarot reading, this suit can foretell an illness, emotional turmoil and even death. The element is air and the symbolism is that of truth. Like the sword, truth can be double-edged. It can be both enlightening as well as heartbreaking. In either case, this suit calls for new clarity and action.